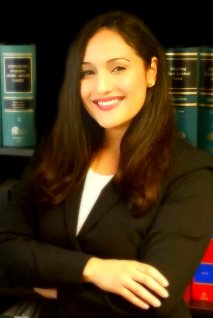 Franchesca was raised in South Florida and began her higher education at The Honors College at Miami-Dade College as part of their inaugural class.  She then transferred to New York University, where she earned her bachelor’s degree in economic theory and mathematics with a minor in political science.

After gaining experience at two prominent New York City law firms, Franchesca enrolled at the University of California, Berkeley - School of Law, where she earned her juris doctor in 2012.  During law school, Franchesca served as a summer judicial clerk for the Honorable George B. Daniels of the United States District Court, Southern District of New York, and interned with the U.S. Attorney’s Office, Economic and Environmental Crimes Division, and the Miami-Dade State Attorney’s Office, Mortgage Fraud Unit.  Franchesca also served as an executive editor for the Berkeley Business Law Journal and as an articles editor for the Berkeley La Raza Law Journal, and participated in several internal advocacy competitions.

Franchesca is admitted to practice law in the State of Florida and in the U.S. District Court for the Southern District of Florida.  She currently lives in Miami with her husband.